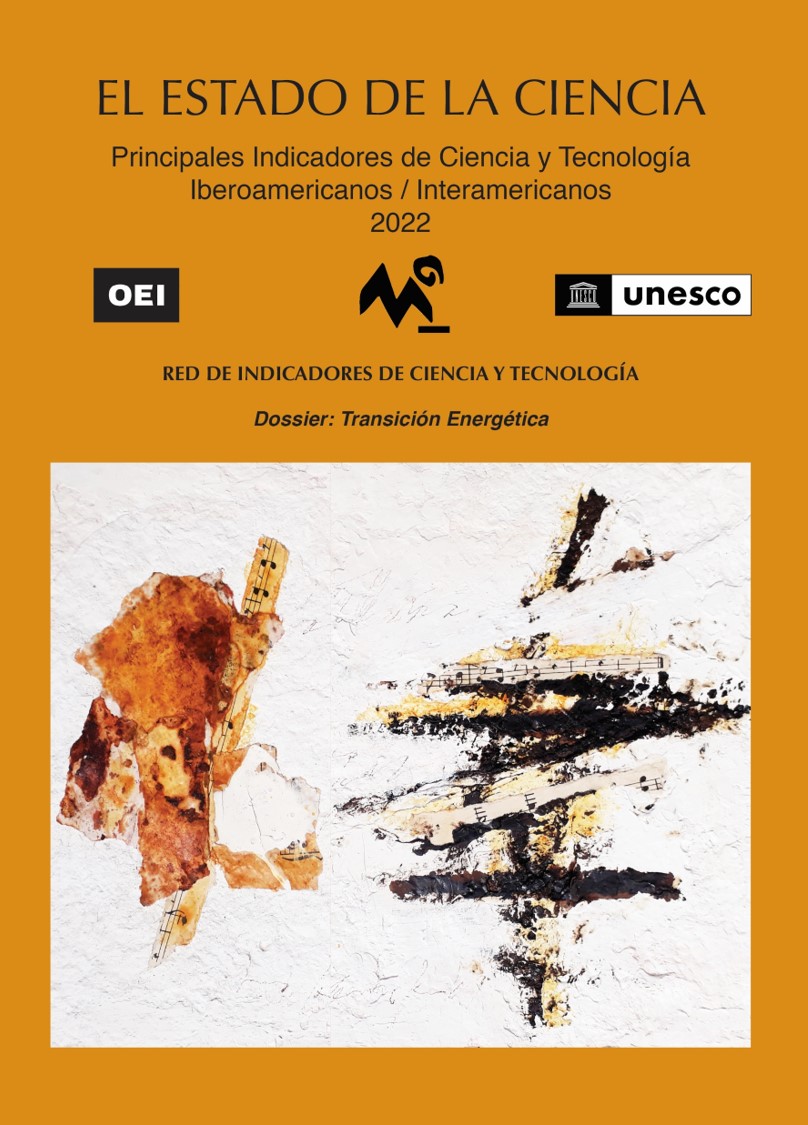 The Ibero-American Network of Science and Technology Indicators (RICYT) publishes the 2022 edition of The State of Science, an annual publication that compiles the statistical information produced by the RICYT and the view of experts on current issues in which science and technology have a leading role.

The publication was possible thanks to the collaborative effort of multiple actors, including the science and technology organizations of the countries participating in the network that provide the statistical information included in this volume, a large community of experts, and international organizations that they support you. It is published jointly by the Organization of Ibero-American States (OEI), through its Ibero-American Observatory of Science, Technology and Society, and by the UNESCO Regional Office of Sciences for Latin America and the Caribbean, based in Montevideo.

The XI Ibero-American Congress of Science and Technology Indicators will be held between September 7 and 9, 2021, and will have as its theme “25 years of RICYT: lessons learned and future challenges.” The headquarters will be the city of Lisbon, Portugal. 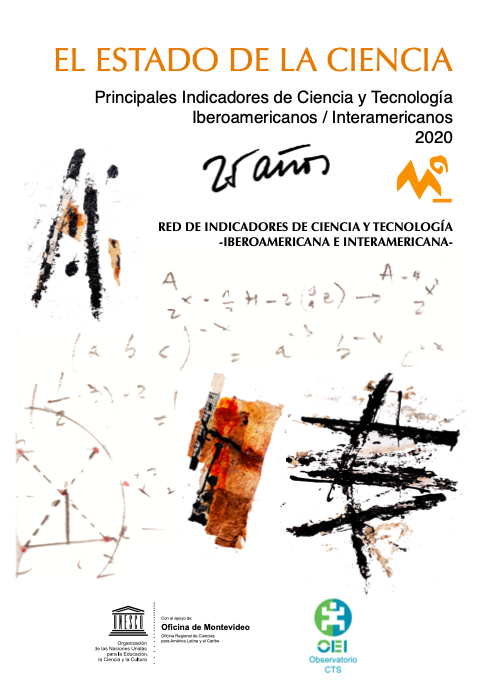 In addition to its regular sections, this year The State of Science commemorates RICYT’s 25 years with a special dossier of reflections on the production and use of science and technology indicators in Latin America. It has a foreword by Mariano Jabonero, Secretary General of the OEI, a special contribution by Manuel Heitor, Minister of Science, Technology and Higher Education of Portugal, and reflections by Lidia Brito, Director of the Regional Office of Sciences for Latin America and the UNESCO Caribbean. Representatives of UIS-UNESCO, OECD, IDB and OAS also participate, along with different experts who have accompanied the trajectory of RICYT.
This publication is the result of the joint effort of the participating countries of the network, which provide the statistical information included in this volume, and of an active community of experts in indicators, accompanied by different international organizations that support the network.

In a meeting that served to celebrate the 25 years of the Ibero-American Network of Science and Technology Indicators (RICYT) and project it into the future, on December 9 it was presented The State of Science 2020, publication that compiles the main indicators of the region, together with various analysis works on the available statistical information.

When celebrating the anniversary of RICYT, Jabonero congratulated its members for having created “a very powerful system of indicators to understand the science of the region” and praised the work carried out within OCTS, which he defined as “an instrument rich and important, who has achieved identity in the region and a complicity with other relevant actors, such as our colleagues from the UNESCO office in Montevideo ”.

Jabonero also spoke on one of the OEI initiatives that seek to place research in a privileged place: the Universidad Iberoamérica 2030 strategy. “Our objective is to help strengthen national science and technology systems, the evaluation and execution of scientific policies , improving production from research and development. We must find a way for education and technology to guide Ibero-America to gain a space in the knowledge market. It is no longer enough for us to just be a region that exports raw materials. ”

“More than ever we know today that science saves lives,” Brito declared next. “Not only from a health perspective, but also from sustainable development. We must take advantage of it to make a difference at the local level and improve the personal and collective life of Ibero-American citizens. ” Regarding RICYT, the UNESCO official thanked it for putting on the table “the statistics we need to carry out conscious decision-making. Having quality data allows us to have a regional perspective that helps us better cooperate between countries and institutions. Only with scientific evidence can Ibero-America grow, and for this we must jointly promote it towards open science ”.

Finally, Salvarezza indicated that the region needs more and better human resources, which forces its countries to redouble efforts in the training of qualified professionals and the consequent improvements in terms of infrastructure and equipment. “We want a scientific community that is properly funded and valued, that is recognized by society and in turn is committed to it to respond to the problems that afflict it,” said the minister. “In this search, the work carried out by RICYT is a fundamental input to know where the Ibero-American countries are located at the international level and, based on that knowledge, generate public policies that reflect on the comparison of the societies of the region and the region itself with respect to others. ”

The full video of the presentation is available here.

Updated indicators from the Ibero-American and Inter-American Network of Science and Technology Indicators (RICYT) are now available. It is the result of the annual survey of statistical information to the countries that comprise it.

Investment in R&D measured in purchasing power parity shows a slight increase compared to the previous year, in any case it is still below the values ​​reached in 2015. More information here.

Comparatively, investment from LAC and Ibero-American countries continues to have a low intensity compared to that of the most industrialized countries. For example, Korea and Israel allocate about 5%, while Germany and the US are around 3%. In addition, the participation of companies in investment in R&D is lower, close to one third of regional R&D. More information here. 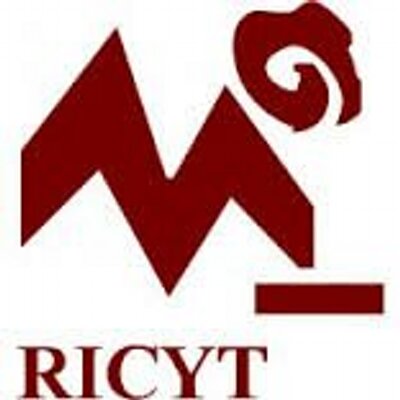 The 10th Ibero-American Congress of Indicators of Science and technology will have as slogan “dialogue between producers and users of Information” and is going to update the agenda of discussion between the responsible for the production of official statistics of the region and different users of information: decision makers, managers and academics. Coinciding with the 22 years of RICYT’s work, debates will be promoted on what indicators of science, technology and innovation we generate, what use is made of that information, which are thelimitations and what new demands appears.

The Congress will discuss the traditional issues linked to the indicators and extend the scope of the debate to those areas of work that can offer new tools for the analysis of science, technology, innovation and its relationship with society and development in the region.

Soon an open call will be made for the presentation of papers that can contribute to the discussion of the themes of the Congress.

END_OF_DOCUMENT_TOKEN_TO_BE_REPLACED 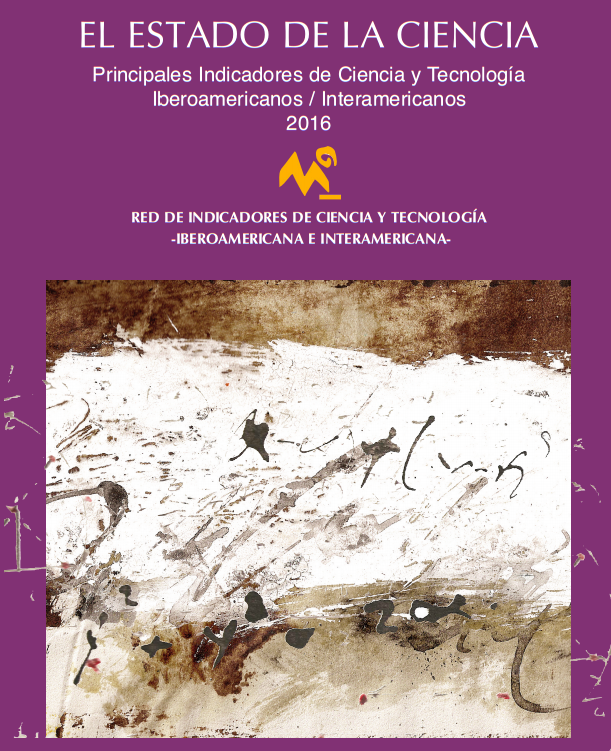 The main purpose of this publication is to provide, a set of useful tools for analyzing the problems of science, technology and innovation in our region. As well as in previous editions, this volume includes several reports concerning the main issues on the Ibero-American indicators’ production. This publication was elaborated by RICYT´s team, together with several collaborators specialized in the different areas that are presented here: Belen Baptista, Maria Elina Estebanez, Carmelo Polino and Myriam Garcia Rodriguez.

As usual, the book provides a series of indicators related with Science, Technology and Innovation.

RICYT, with the support of the Ibero-American Observatory of Science, Technology and Society of OEI, has signed a cooperation agreement with the Inter-American Development Bank (IADB) to carry out the project “Technical assistance to improve the production of Research and Development (R&D) indicators at the government sector in six countries of Latin America and the Caribbean”.

The project will be implemented by RICYT in association with each country´s National Agencies of Science and Technology and, as a result, the information available about  resources devoted to R&D activities at the public sector will be significantly improved. 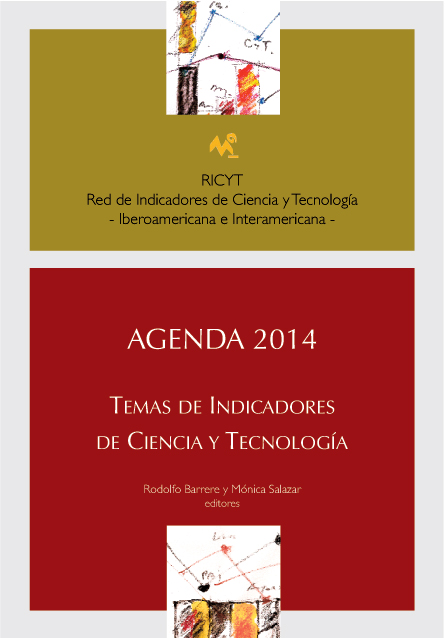 At the “Publications” section, you will find available for download the Agenda 2014. This publication includes the work of many Iberoamerican researchers that were presented at the IX Iberoamerican Congress on Science and Technology Indicators organized by RICYT. This is a set of articles that addresses the major issues related to the measurement of scientific activity focusing on its conceptualization and its methodological approach.